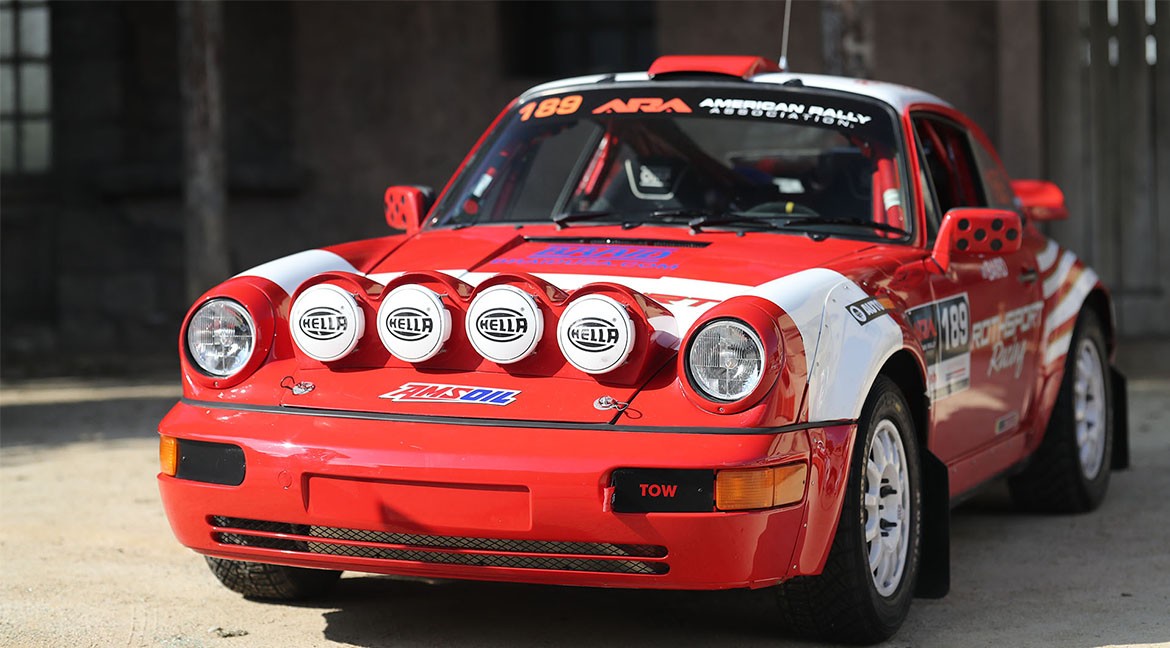 Jeff has run Porsches in endurance competitions such as Daytona 24 hours and Sebring 12 hours, along with NASA, SCCA and PCA events since the early 1990s. In 1998. He established Rothsport Racing in Sherwood, Oregon, to serve to the runner and Porsche enthusiast. His knowledge and experience prepared him for a daunting effort, the 1000 Mexican Rally of the National Off Road Racing Association (NORRA), a race that no Porsche had won. 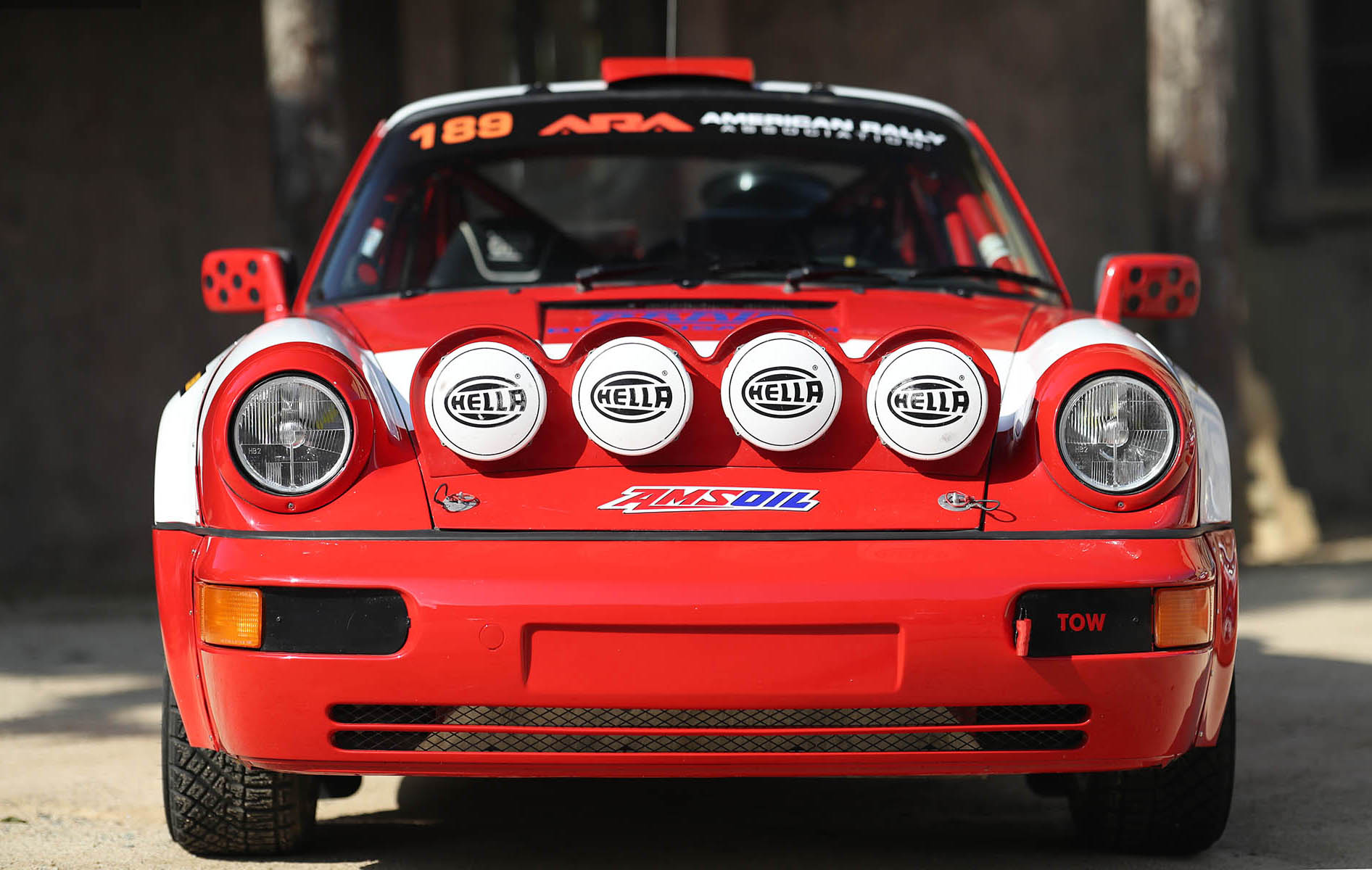 This trip began in 2014 when Jeff and Cameron Healy decided to build and campaign with a pair of Porsche 964 911 of 1989 with rear-wheel drive identically prepared to compete in the Mexican 1000. According to Jeff, they chose the 964 because of its robust chassis and its reliable engine and transmission. These traits are essential to survive a grueling 1,000-mile run through the desert. Cameron's car dubbed the "Desert Flyer" looked yellow while Jeff called his crimson ride "Red Sled." 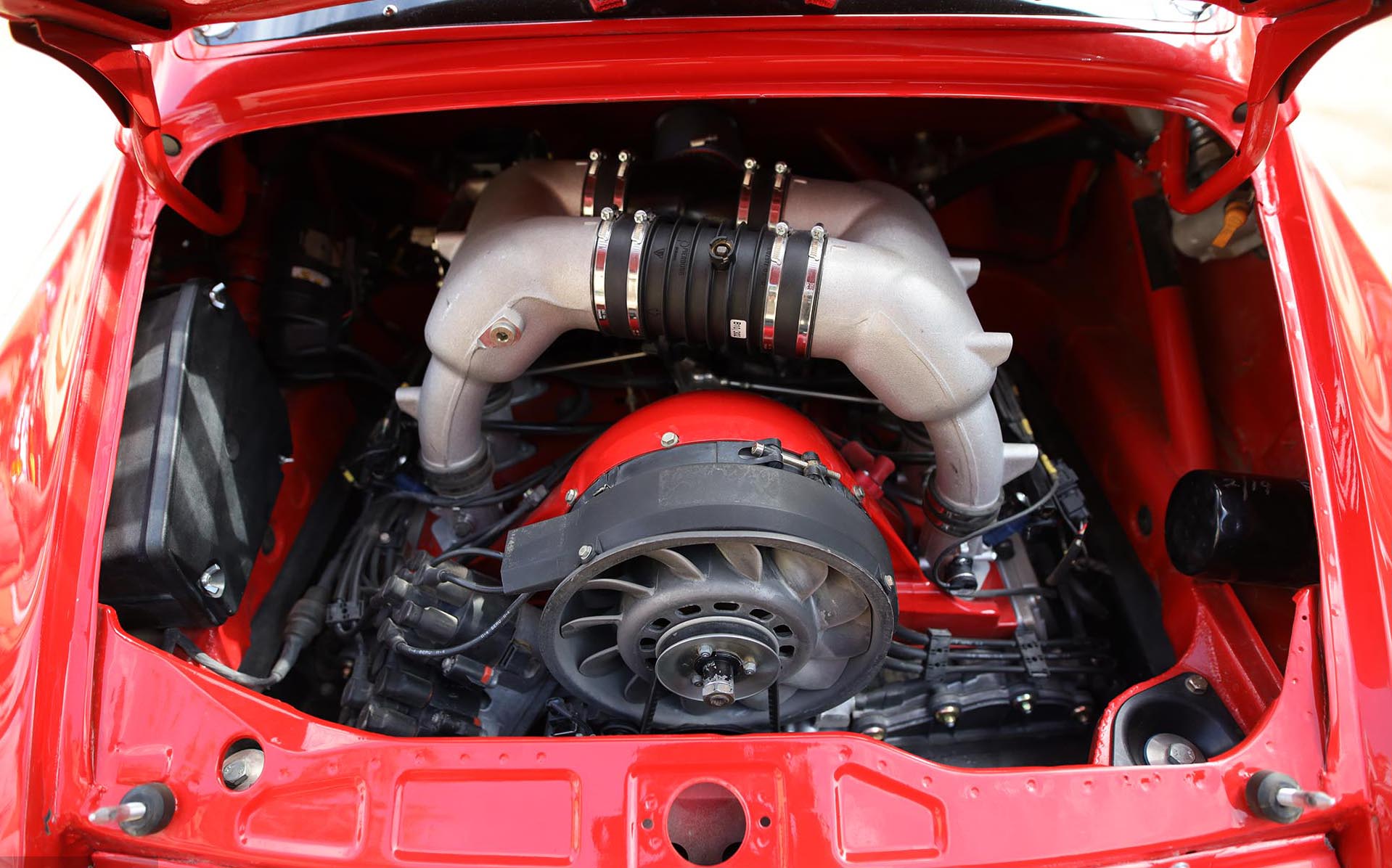 Feeding through the sand

Like any competitor who tries to finish the Mexican 1000, it is imperative to make good power and transfer it to the tires reliably. The heart of the 964, the M64 flat six-cylinder, 3.6-liter air-cooled engine, was renewed in preparation for the race. Using a MoTeC M84 engine management system to regulate the supply of fuel and sparks, the M64 engine was calibrated to generate 320 horsepower and 275 lb-ft of torque. 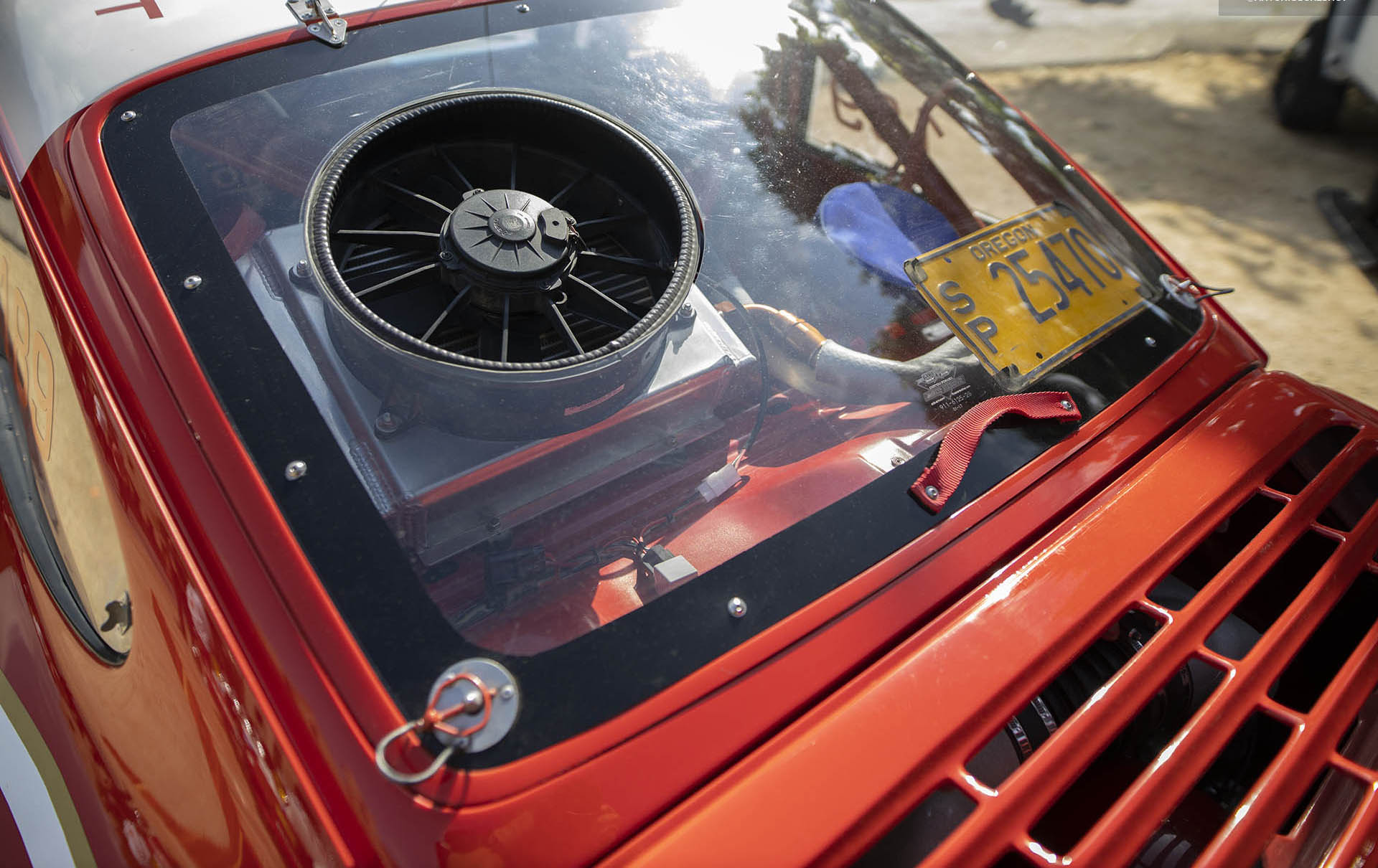 This is a 22% increase in power and 17% more torque compared to stock output figures. To handle the highest output, a 964RS flywheel and a clutch bolted to the crankshaft transfer the torque to the input shaft of a fortified G50 transmission, which was equipped with a ZF-style mechanical limited slip differential. 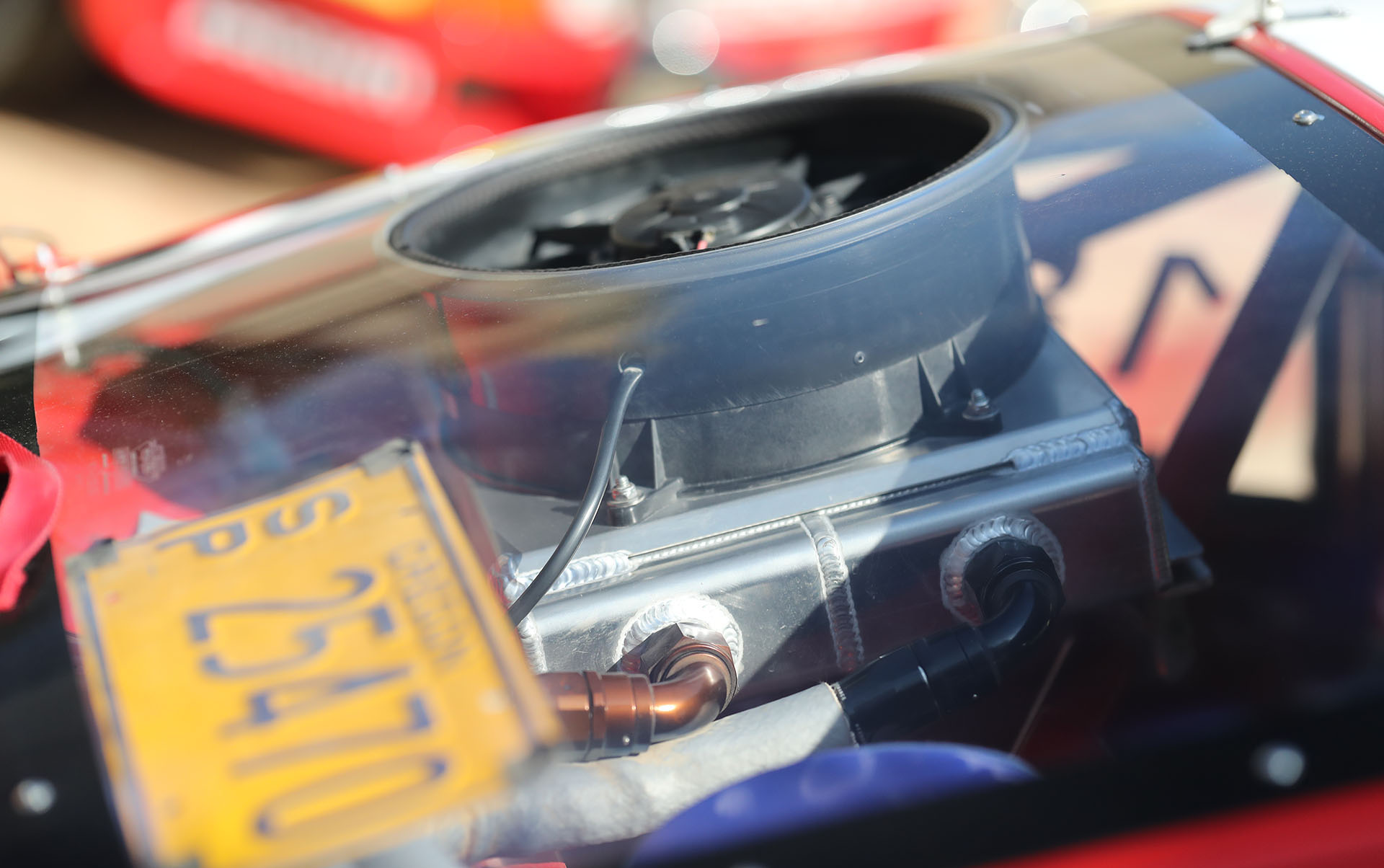 Since Porsche air-cooled engines rely on engine oil and heat sinks as heat exchange methods, Jeff directed the -12AN lines from the engine to an aluminum oil cooler located in the rear window that was made to Acrylic measure. Fireproof insulation protects the lines in case of engine fire. 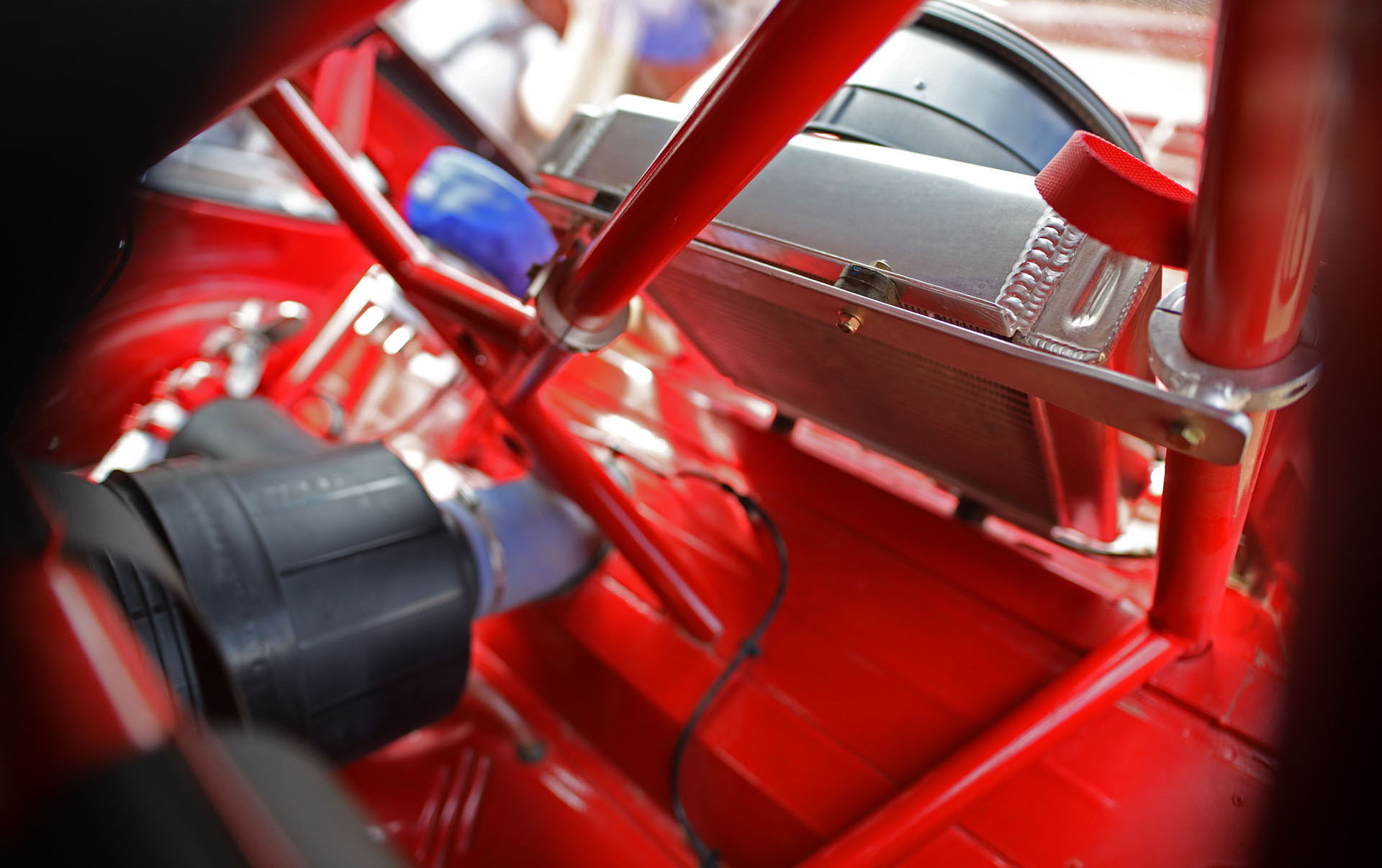 The oil cooler is mounted in the roll cage that rests behind the driver's seat. An exhaust fan draws cold air from inside the cabin through the oil cooler core. Once the heat is exchanged, the fan expels the heated air through a hole cut in the rear plexiglass window. 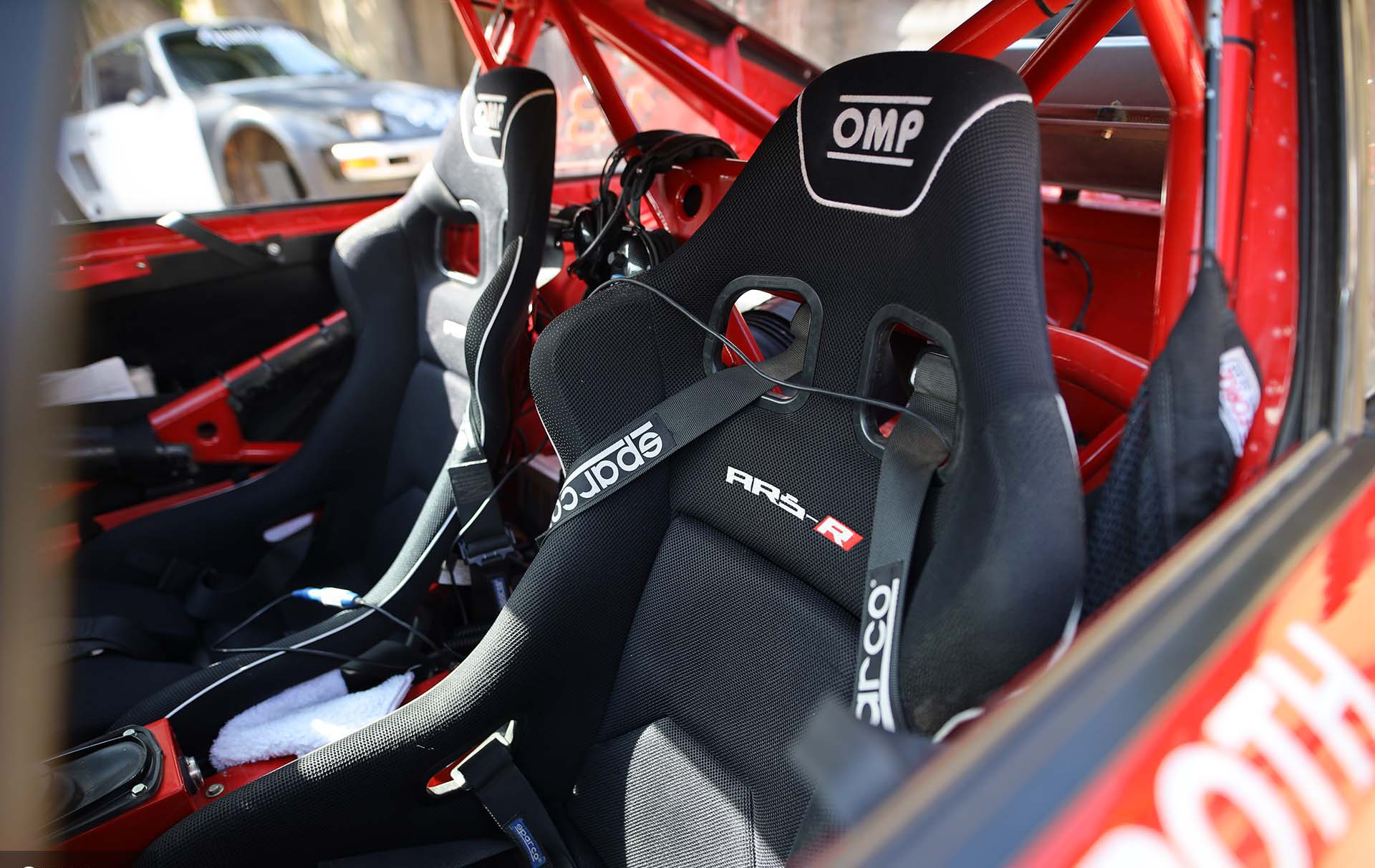 Since the rally crosses the desert terrain of Mexico, it is essential to ensure that 911 has adequate ground clearance and rollover protection using reinforcing bars and appropriate OMP cages. The preparation for the desert began to dislodge the chassis and weld in a cage compatible with the FIA. The chromoly pipe and clamp network covers the occupants while providing additional rigidity to the chassis. Within the framework, a pair of OMR RRS-R seats with SPARCO harnesses Securing the driver and co-driver firmly.

CKCAutosport, all brands for your seats, harnesses, steering wheels and more, so you can equip your car, with the most prestigious brands in the competition market, such as SPARCO, OMP, RECARO, MOMO, among many others.